The Epigenetic Effect Of Exercise On Anxiety, Fear And PSTD | Nutrition Genome

The Epigenetic Effect of Exercise on Anxiety, Fear and PSTD 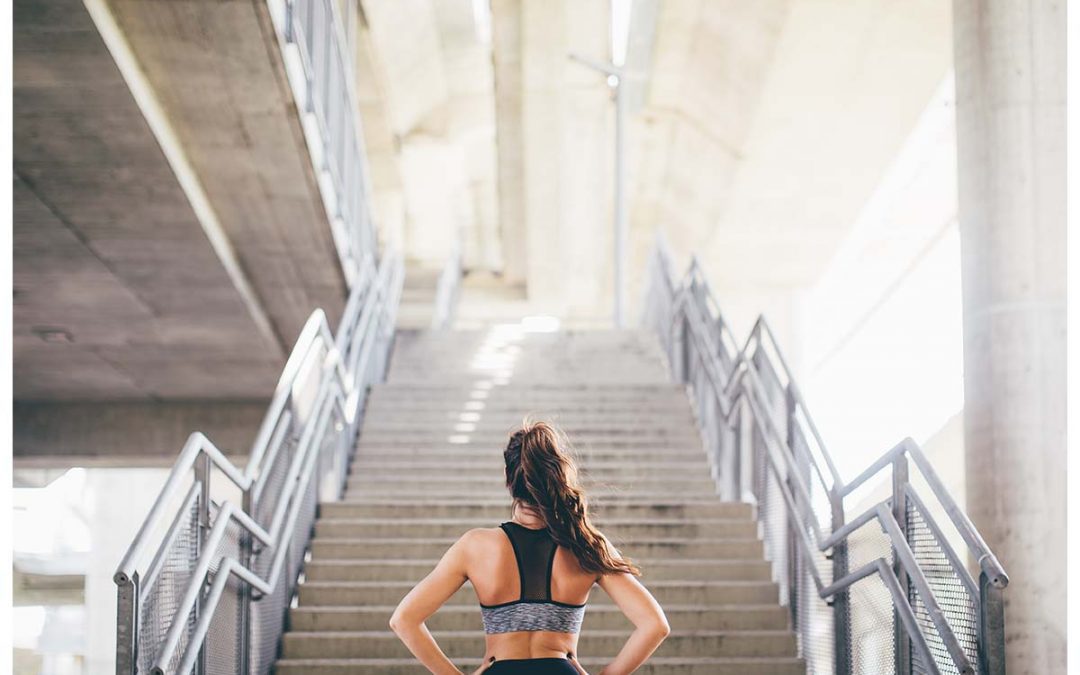 Anxiety disorders affect approximately 18% of adults. Anxiety and fear are connected to numerous genetic and epigenetic factors that have been shaped over generations and life experiences. Trauma makes deep imprints on the genome to recognize threats to your survival.

One well-known study on mice on epigenetic inheritance illustrated this process. Researchers trained mice to fear the smell of acetophenone, with mice associating the scent with electric shocks. The fear was passed onto the children and the grandchildren despite the next generations of mice never experiencing anything traumatic with the smell firsthand.

Exercise is one of the most effective “drugs” and epigenetic factors for mental health. The Nutrition Genome Report makes specific exercise recommendations based on the effect on certain neurotransmitters.

While anxiety and antidepressant drugs typically target 1-2 neurotransmitters, which is why two are often used together, exercise targets all neurotransmitters based on the type and intensity. According to Dr. John J. Ratey, an Associate Clinical Professor of Psychiatry at Harvard Medical School, “drugs work faster but are less effective in the long-term. Exercise works slower, but works better in the long-term.”

In the brain of someone with PTSD, anxiety, panic, intrusive thoughts, excessive worrying, or rumination, we see multiple reactions happening at once. It is a combination of the prefrontal cortex losing executive function and control, the amygdala flooding the prefrontal cortex and hippocampus with alarms, and the hippocampus surging with high glutamate and low GABA, sending the body into fight or flight.

Physical activity boosts dopamine and serotonin to get the prefrontal cortex back online to reprogram a malfunctioning amygdala, burns excess glutamate as fuel, increases BDNF that modulates glutamate (excitatory, obsessive), and increases GABA (calming) in the hippocampus. Physical activity stops the negative thought pathways in their tracks and creates new, positive pathways that continue to build and branch.

Research has found that high-intensity exercise is the most effective with anxiety. The reason is that the increased heart rate and breathing during exercise rewire the brain so that this physical response does not lead to an anxiety attack.

There are multiple genes in the Nutrition Genome Report connected to a higher susceptibility to anxiety and fear based on micronutrients, amino acids, phytonutrients, exercise, and deep breathing requirements for neurotransmitter balance, stress perception, and more.

In the Mental Health and Cognitive Health section of the report, we have sliders for Mood, Anxiety, Fear Response, Stress Perception, and Pressure Response. These sliders calculate multiple genes involved in these pathways to highlight which areas a patient may need more targeted focus for anxiety and fear.

Here is a summary of the genes, genotypes, and recommendations in the Nutrition Genome Report: 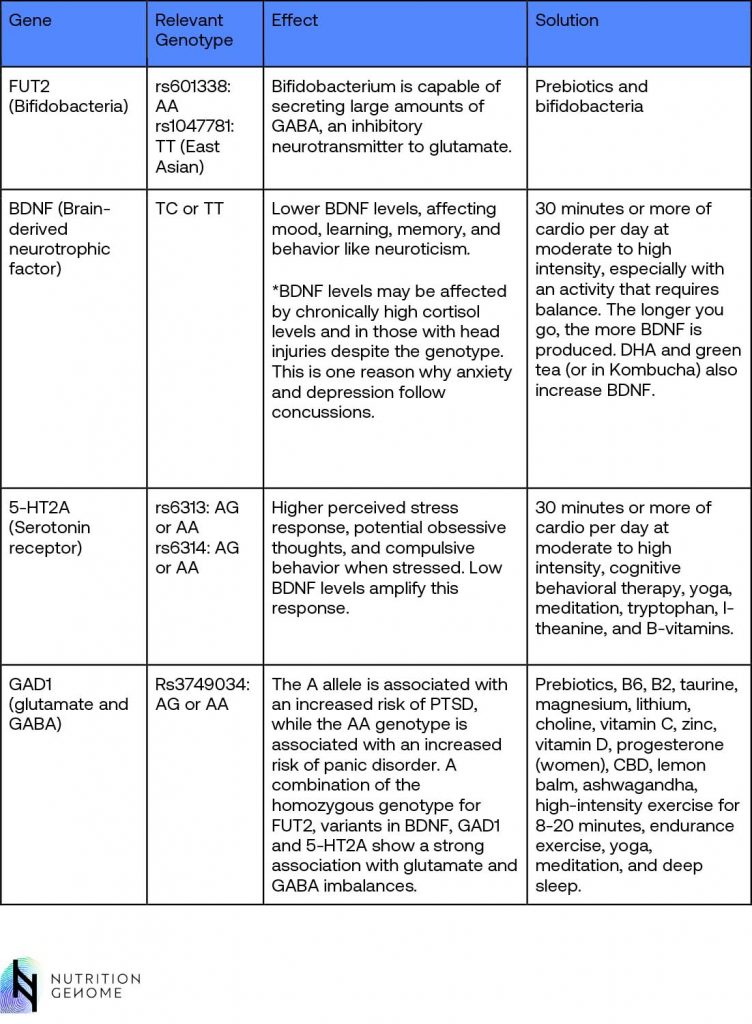 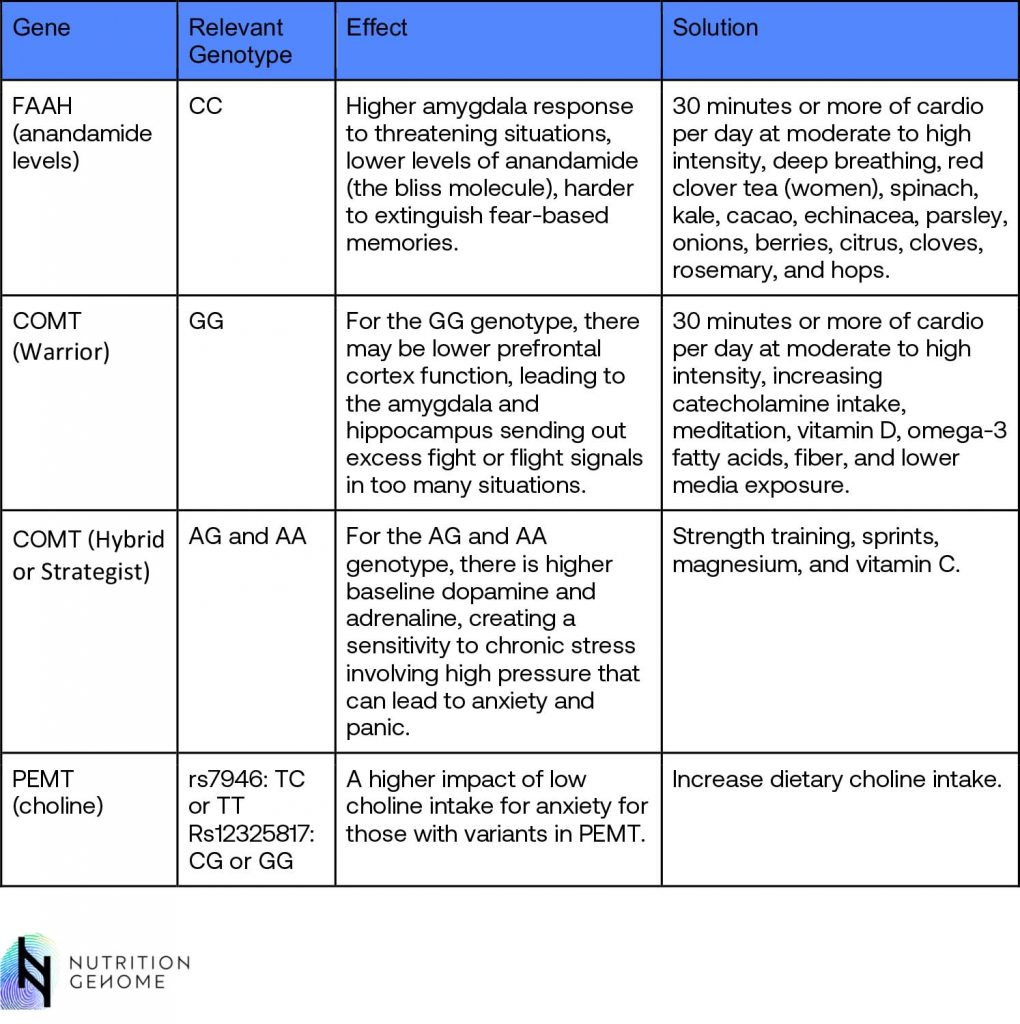