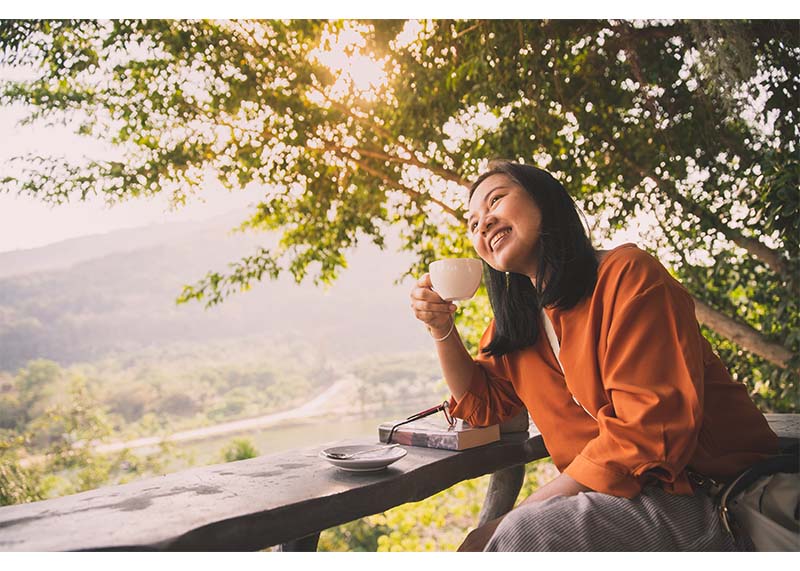 Depression and anxiety have numerous genetic pathways and epigenetic influences that may be the root cause. This unknown can make it challenging to narrow down the best protocol for each individual.

With the Nutrition Genome Report, we have a comprehensive Mental Health and Cognitive Performance section that looks at micronutrients, omega-3 fatty acids, and genes involved in the modulation of dopamine, serotonin, glutamate, GABA, and anandamide. In series 2, we will review how multiple genes influence the type, dosage, and synergy of omega-3 fatty acids to get the most benefits for mood.

Ancestral environments play a fascinating role in how climate affects mood. Seasonal affective disorder is a type of depression associated with fewer days of daylight and sunshine in the winter. Some people feel a much bigger lift when there are more hours of sun and warmth to stimulate serotonin and BDNF, which regulate mood. Both anxiety and panic attacks have been shown to rise in the winter.

The lesser-known summer SAD from too much heat and sunshine also occurs. Studies have shown that aggression and violence increase over 85 degrees Fahrenheit. People with certain types of depression tend to run with a higher body temperature than average. There is a hypothesis that these individuals genetically require “thermal exercise” and stimulation to the skin’s cold receptors to elevate endorphins and noradrenaline to obtain an antidepressant effect continually.

Omega-3s have played a central role in human health in every geographic region and climate at varying dosages. Like the LCT gene for lactose or the TCF7L2 gene for carbohydrates, we see dietary patterns of adaptation most during the agricultural age, often over thousands of years.

The current hypothesis is that the wild-type genotype of FADS1 and FADS2 emerged in a later agricultural period during a population boom and advancement of agriculture over hunter-gatherer methods. This selective pressure increased the ability to convert plant-based ALA to EPA and DHA and lowered animal-based EPA and DHA requirements. On the opposite end of adaptation, the Inuit, with a heavy reliance on seafood and essentially no plant intake, have a deletion that blocks plant-based ALA from being converted to EPA and DHA.

One of the impressive benefits of omega-3 fatty acids includes their ability to increase serotonin and BDNF. Perhaps those more prone to low serotonin and BDNF have an ancestral connection to a higher seafood intake and specific hunter-gatherer genes where shorter days were counteracted by a higher dietary intake of omega-3s and vitamin D.

Omega-3s can also take longer, and the dosage may genetically range per person to get the desired effect for depression. Today, there is a deeper understanding of the best forms of omega-3 fatty acids and synergies involved to get the best-desired effect for each individual. =

We previously discussed the differences between phospholipid versus non-phospholipid fish oil forms based on APOE genotypes. When it comes to omega-3s and depression, we also have to look at the synergy between omega-3s, choline, uridine, selenium, and zinc requirements. All of these, in insufficient amounts on their own, are connected to anxiety or depression.1,2,3,4

The PEMT gene is associated with the required choline intake to support anxiety and REM sleep. Those with the lowest choline intake have been found to have the highest anxiety.

Uridine is found in beets, sugar beets, molasses, broccoli, liver, tomatoes, beer, brewer’s yeast, and walnuts. Due to being a precursor of phosphatidylcholine, PEMT variants can be considered a good marker for an increased need for uridine.

Uridine not only expedited the time for results for omega-3s to reduce depression but increased DHA levels on its own and lowered the requirement of omega-3 fatty acids to get there.

According to the lead author and director of McLean’s Behavioral Genetics Laboratory, “Giving rats a combination of uridine and omega-3 fatty acids produced immediate effects that were indistinguishable from those caused by giving the rats standard antidepressant medications.”

Variants in the GPX1 gene are associated with a higher need for selenium. Low levels of selenium have been associated with negative mood scores in numerous studies. Selenium deficiency interferes with the conversion of ALA into EPA and DHA, affecting FADS1 and FADS2 function further and increasing the omega-6:omega-3 ratio.

The PPCDC gene is associated with differences in serum zinc levels. Zinc increases omega-3 status in the plasma phospholipids. Multiple studies have shown that zinc levels are lower among patients with depression, and one study found that 25 mg zinc supplementation improved depressive symptoms.