The Connection Between APOE And Cholesterol Levels | Nutrition Genome

The Connection Between APOE and Cholesterol Levels 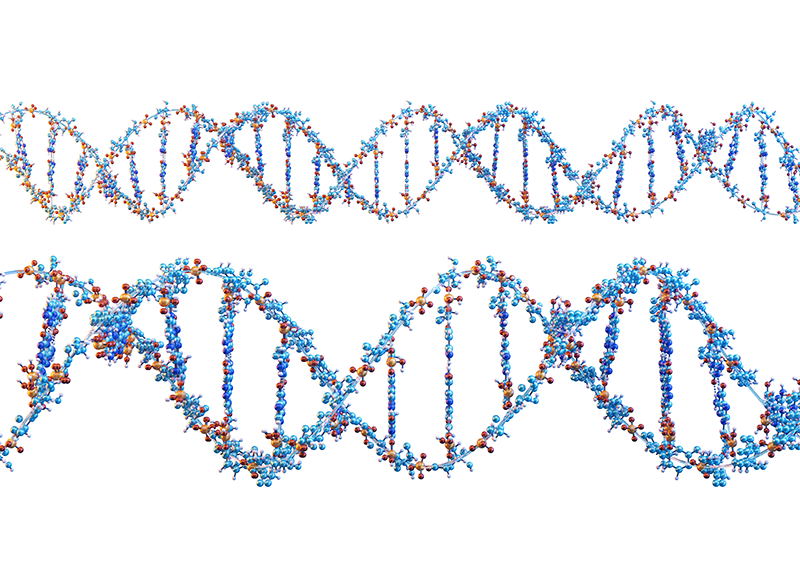 Few topics in the medical world have created more controversy and conflicting opinions than the subject of cholesterol. Views on saturated fat and dietary cholesterol have oscillated since the Ancel Keys 7 Countries Study in 1958, which led to an overhaul in dietary recommendations that changed how medicine looked at cholesterol, medication, and heart disease.

Over the decades that followed, researchers found fundamental flaws in the 7 Countries Study, including many studies that found opposing findings regarding cholesterol, heart disease, and mortality.

While the cholesterol guidelines aim for levels less than 200 mg/dl, a 2019 study of 12.8 million Korean people found the lowest mortality was found in those with cholesterol levels between 210–249 mg/dL. Even levels above 240 mg/dL were associated with a decreased risk in both sexes and each age group except for women aged 18 to 44 years and men aged 18 to 34 years.

Other researchers also found patterns of longevity for those over 60 with higher LDL,1,2, showing that “LDL reduction may even worsen the health of the elderly because LDL-C contributes to immune functioning, including the elimination of harmful pathogens.” For those under 40, a review of 19 studies in 2020 found that the mortality difference between those with the highest LDL and those with normal LDL was only 0.04%.

Early research omitted the assessment of trans-fat in the diet, which was only recently banned in 2018 in the U.S. due to the overwhelming evidence of its connection to heart disease.

Lastly, infections have been shown to be a significant trigger of heart disease and stroke, which becomes an especially relevant point when assessing APOE and LDL levels.

APOE is a lipid-binding protein that transports triglycerides and cholesterol in multiple tissues. One genetic adaptation to protect against pathogens comes from the hunter-gatherer APOE-e4 allele and elevated LDL. The APOE-e4 allele has consistently been associated with higher levels of total cholesterol, LDL, and oxidized LDL, but lower levels of C-reactive protein (CRP).

The Genetic Adaptation for Elevated LDL

The theory behind the e4 adaptation to higher LDL is that having more cholesterol helps fuel metabolic activities, climatic extremes, and protects and increases recovery from bacterial and parasitic infections. Innate immune responses to fever and systemic inflammation are energetically expensive, making higher cholesterol an advantage for survival.

As human history progressed, we see an adaptation away from protecting against infections and more towards extending cognitive fitness and cardiovascular health.

The first adaptation away from e4 was with the e3 allele and the second was the e2 allele. With each adaptation, we see a reflection of changes happening throughout human history around the world. The e3 and e2 allele transition provided:

Yet, e4 continues to be selected throughout history and in the modern world without a fully understood explanation.

In a 2020 study looking at 488,377 subjects from the U.K. Biobank, the e3e4 and e4e4 subjects were associated with high LDL, high triglycerides, and low HDL-cholesterol, but lower HbA1C and C-reactive protein.

The e2/e2 genotype is considered very rare, representing approximately 0.6 percent of the population. This study brings light to new potential issues with the e2/e2 genotype not found in the e2/3 genotype, including peripheral vascular disorders and cervical disorders that could reduce the chance of successful pregnancy in e2e2 females.

Why is APOE-e4 Still Being Selected in the Modern World?

It is currently believed that – in many cases – APOE-e4 represents a mismatch of environments. While the argument is that the selection for e4 increases survival in highly pathogenic environments with higher cholesterol levels, e4 continues to be selected in modern, industrialized countries where pathogenic risk is low.

An NIH study found couples with the highest cholesterol levels – and when only the females had high cholesterol – had lower fertility and the longest times to reach pregnancy. The e4 allele is connected to higher progesterone and fertility in females, protecting against miscarriage and increasing infant survival. E4 could potentially offset fertility issues for those with higher baseline cholesterol, and nature may still be selecting e4 to ensure infant survival for specific individual make-ups.

A similar example comes from the HFE C282Y gene. The homozygous genotype was selected in Ireland to maintain higher iron levels in an extremely cold and damp environment – with low dietary iron – for metabolic heat and fertility. When the individual with this genotype leaves this environment and diet, hemochromatosis turns from an advantage to a detriment.

In a similar line of thinking as the HFE gene, APOE-e4 may become a compounding problem with the following factors: a sedentary lifestyle, a high-calorie diet leading to obesity and cardiometabolic risk factors, exposure to high levels of air pollution, and living in an environment without climatic extremes or parasitic risk that serves to balance total cholesterol levels.

According to researchers, “In post-industrialized contexts, without the moderating influences of parasites on both cholesterol and immune functions, obesity may be more likely to trigger systemic low-grade inflammatory pathways and, in the absence of a brake, lead to arterial and vascular damage and disease.”

However, they also state that “while APOE4 carriers do have higher lipid levels, these may be beneficial for immune response and child survival, and unlikely to increase cardiovascular risk in a population without other cardiometabolic risk factors.”

The Link Between APOE, Climate, and Seasons

Another hypothesis is that APOE-e4 may be most advantageous in environments where cholesterol requirements are increased to meet higher metabolic demands, such as in high and low latitudes where there are climatic extremes. Higher frequencies of e4 are found above the 45th parallel and near the equator, and lower frequencies are found in the Mediterranean and South China.

Several studies have demonstrated a consistently increased risk for cardiovascular events in the winter. Air pollutants are elevated during winter months, especially in the big cities. They are believed to be partially responsible for the seasonal variation in the incidence of cardiovascular diseases, including deep vein thrombosis and pulmonary embolism.

On average, LDL cholesterol goes up in the winter and down in the summer. The higher LDL can coincide with small, dense LDL particles in the presence of high blood sugar and pollution exposure.

The reduction of serum cholesterol triggered by cold acclimation was also proven in human patients with hypercholesterolemia. For hypercholesterolaemia, research has found an increased risk with a number of e4 alleles, while the odds were lower for carriers of one e2 allele, but not for e2e2 homozygotes.

Hypercholesterolemia is also influenced by the genes LDLR, APOB, and PCSK9, which accounts for 60-80% of hypercholesterolemia (but still leave a high percentage of unexplained cases). These genes require a clinical panel for diagnosis.

This research on climate and cholesterol has opened future studies on understanding climate-related cardiovascular risk and APOE.

We test APOE in your Nutrition Genome Report and have one of the most comprehensive research programs available for your results.

A research study published in the Annals of Medicine found that when people got tested for APOE and were given strategies for Alzheimer’s disease and heart disease prevention, they were more likely to change their diet, lower their stress, and increase their exercise.

Recommendations for APOE-e4 and High Cholesterol

-Review the Cardiovascular section in the Nutrition Genome Report, along with saturated fat, fiber, and omega-3 requirements
-Test for both oxidized LDL and CRP and talk with your doctor about further cardiovascular testing
-Maintain a healthy weight and do cardio exercise 30 minutes a day, five times a week
-Get outside and exercise in the colder months
-Increase your beta-carotene, lutein, lycopene, vitamin E, glabridin (licorice root), rosemary, sage, and garlic to protect against excessive LDL oxidation, especially if living in places with high air pollution