How Agriculture Changed the TCF7L2 Gene and Carbohydrate Intake 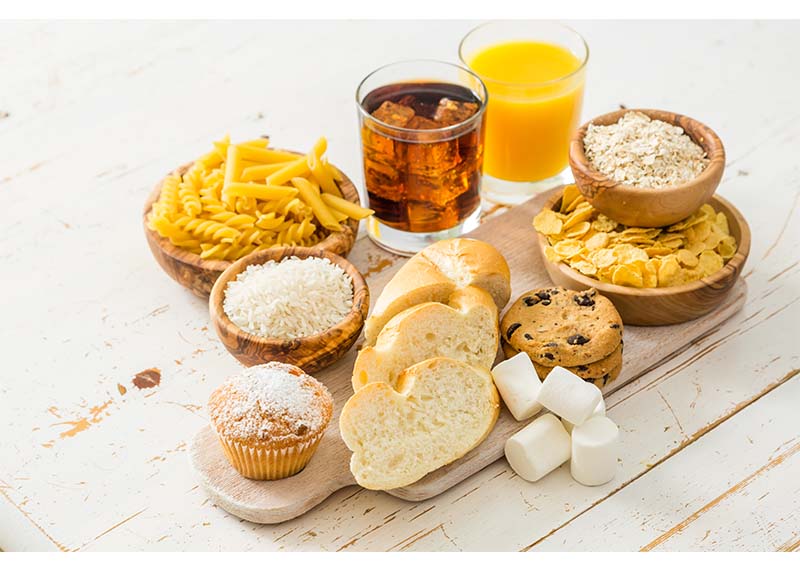 Environments with shifting macronutrient supplies are strong selective genetic signals for energy metabolism. How do people become more or less adapted to varying levels of carbohydrate intake? The answer can be found in ancestral migration routes based on latitudes and agricultural selection.

Researchers were able to pinpoint the change to relatively recent time frames for Europeans (11,933 years ago), East Asian (8,401 years ago), and Yoruba populations (4,051 years ago). This is approximately the same time as the introduction of agriculture in each population. The minor allele frequency is 23% in all populations and 32% in Europeans.

Evidence for the adaptive change in TCF7L2 during the agricultural shift can be seen in how the wild-type genotype responds to grain consumption compared to the variant genotypes. In a case-cohort study of 2,318 randomized individuals and 724 incident type 2 diabetes cases, whole-grain intake was inversely associated with diabetes risk among the wild-type CC carriers. However, the variant T-allele negated the positive effect of whole-grain intake.

The TCF7L2 gene has become the strongest indicator of Type 2 diabetes and gestational diabetes risk for multiple ethnicities. TCF7L2 has been shown in research to increase the risk of Type 2 diabetes due to the altered sensitivity of pancreatic beta-cells to incretins. It is unique for Type 2 diabetes risk because people with variants may not exhibit risk signs like obesity. In fact, they may have a low BMI and experience less weight gain compared to the wild-type CC genotype, even when following the same diet.

A 2021 study found that carriers of the variant T allele showed significantly higher levels of HbA1c compared to non-carriers in healthy individuals following the same dietary pattern despite a lower average body weight than the CC carriers. When stratified for gender, males had a higher HbA1c than females. The T carriers with a higher body fat percentage and body weight were associated with higher nocturnal glucose levels than the CC genotype.

Another study found that subjects with the homozygous TT genotype presented significantly higher fasting levels of leptin and higher HOMA-IR than CC carriers, despite the lack of differences in BMI, body fat content, and body fat distribution.

People with the heterozygous and homozygous genotype in TCF7L2 will benefit from a lower carbohydrate intake. Research has found that a diet pattern focusing on meat, fish, polyphenol-rich foods, fiber-rich vegetables, spices high in phytochemicals, glycine (collagen or broth), nuts, and olive oil helps the positive expression of TCF7L2 and negates the associated risk factors. The cordyceps mushroom may be especially beneficial for the variant genotype due to its ability to protect and preserve beta-cell function.

When reviewing your APOE genotype, TCF7L2 is a modifier for understanding carbohydrate sensitivity and dietary design. If you have the e4 allele and variants in TCF7L2, this associated with the highest sensitivity to sugar and carbohydrate intake.