What Genes Benefit The Most From Coffee? | Nutrition Genome

What Genes Benefit the Most from Coffee? 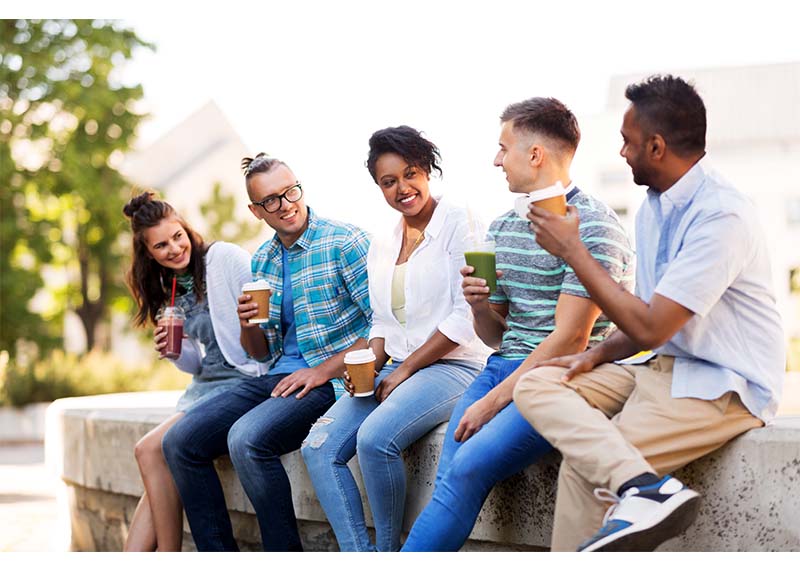 The health benefits of coffee are well documented in numerous published studies. The positive actions are often due to polyphenols like chlorogenic acid, caffeic acid and the diterpenes cafestol and kahweol, not necessarily the caffeine.

Many studies find a negative effect with isolated caffeine in energy drinks and other products. A study of 5,826 adults from the National Health and Nutrition Examination Survey was studied cross-sectionally and found that coffee intake increased telomere length while isolated caffeine shortened them.

In clinical practice, coffee can be seen as a double-edged sword. Coffee can affect sleep, cause irritability and anxiety, and becomes a crutch throughout the day for energy.

From a genetic perspective, there are varying levels of benefits depending on certain genotypes and goals. We are going to go over a few of them here.

COMT metabolizes catecholamines in coffee, green tea, chocolate, and other foods. The fast metabolizers (wild-type GG) have a higher tolerance and require more of these foods to obtain the same benefits compared to the AG and AA genotype at a lower dose.

In a study of Swedish men and women with depression, the COMT V158M wild-type GG genotype appears deleterious with a three-fold increased risk of later cardiovascular disease than those non-depressed carrying the GG genotype.

A 2016 meta-analysis found that for each cup of coffee, depression was reduced by 8%, being most significant when the caffeine consumption was above 68 mg/day and below 509 mg/day.

Due to the catecholamine effect on COMT and dopamine, the GG genotype with depression may benefit from an increased coffee intake. However, the CYP1A2 slow metabolizer genotype for caffeine could have adverse cardiovascular effects from a higher caffeine intake.

Researchers found that intake of coffee was associated with an increased risk of nonfatal heart attacks only among individuals that were slow metabolizers.

Reviewing the COMT genotype and CYP1A2 genotype can help determine the optimal range of coffee intake for mood and cardiovascular health.

The CYP1A2 gene encodes for a liver enzyme responsible for the metabolic activation of procarcinogens such as heterocyclic aromatic amines and polycyclic aromatic hydrocarbons. It is most known for determining the rate of caffeine metabolism and categorizing individuals into slow, intermediate, or fast metabolizers.

Coffee may protect against breast cancer by altering estrogen metabolism. Women with a higher coffee intake and the CYP1A2 homozygous AA fast metabolizer genotype had a ratio of high 2-hydroxyestrone (2-hydroxyestrone acts as a weak estrogen or anti-estrogen) to low 16α-OHE1 (16α-OHE1 acts as a procarcinogen). Researchers hypothesized that coffee slows the growth of ER-positive tumors in patients with AA genotype.

Those with the fast metabolizer AA CYP1A2 genotype may experience an additional benefit. A 2019 study found that patients with low to moderate coffee intake and the AA fast caffeine metabolizer genotype were less likely to experience grade progression.

As mentioned earlier, taking note of patients with the slow metabolizer CYP1A2 genotype is important when interpreting these results and looking at a higher caffeine intake. In a prospective study looking at CYP1A2 and COMT, the risk of heart attacks in heavy coffee drinkers was found to be higher in subjects possessing heterozygous or homozygous COMT genes for those with the slow metabolizing CYP1A2 CC genotype.

For athletes, the slow metabolizer genotype may have a decrease in performance under 1 hour from caffeine. However, they have a more significant ergogenic effect from caffeine when competing in a longer duration event (greater than 1 hour) as the slow metabolism may be beneficial in maintaining biologically active levels of caffeine in the body.

The intermediate AC genotype did not benefit from caffeine intake for either duration of exercise.

The FUT2 gene controls prebiotic production, B12 absorption, and how much bifidobacteria is carried in the digestive tract. The homozygous genotype lacks or is rarely colonized by several strains of bifidobacteria.

A genome-wide association study (GWAS) revealed that the ADIPOQ gene could explain 6.7% of the phenotypic variance for plasma adiponectin.

Numerous studies have shown that coffee increases adiponectin through unknown mechanisms, however this is limited to dark and medium roasts. A study in Japanese men and women found that coffee consumption was associated with high adiponectin and low leptin levels.

The Nutrition Genome Report has sliders for genes associated with cadmium and arsenic sensitivity for the genes GSTP1 and CBS.

Chlorogenic acid has also been found to inhibit arsenic-induced neurotoxicity in mice.

Genes may influence approximately 30% of blood pressure variation in the population. The combination of genotypes that contribute to variations in blood pressure is high and can be challenging to narrow down. The Nutrition Genome Report looks at the relationship of genes to dietary connections and high blood pressure, including AGTR1, ADD1, ACE1, and ACE2.

A 2014 systematic review and meta-analysis of randomized clinical trials suggests that chlorogenic acid intake causes statistically significant reductions in systolic and diastolic blood pressures. A 2021 review concluded that “the results of numerous studies and meta-analyses indicate that moderate and habitual coffee consumption does not increase and may even reduce the risk of developing arterial hypertension.”

What about Light Roast vs. Dark Roast Coffee?

What about Filtered vs. Unfiltered Coffee?

The diterpenes kahweol and cafestol in unfiltered coffee have been associated with raising triglycerides and LDL in certain subjects. However, they also increase glutathione and inhibit NF-kb, inactivate carcinogens via the CYP-450 enzymes, and exhibit anti-inflammatory and anti-cancer activity. Therefore, the choice comes down to the goal for the patient.