Does Milk Cause Cognitive Decline? 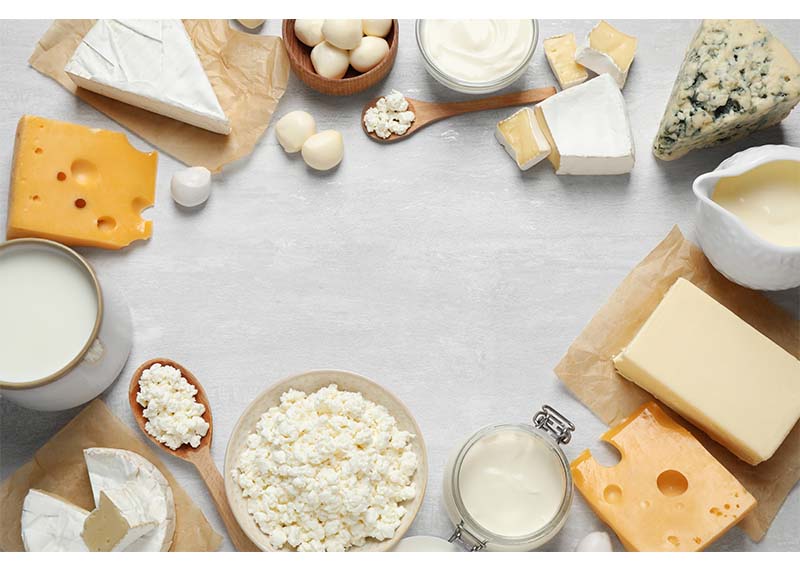 Mental Health Awareness Month is observed in May to increase the awareness of those struggling with mental health. Each week this month, we will be exploring how to use the Nutrition Genome Report to help your patients with their mental health.

The arrival of farming in Europe around 8,500 years ago necessitated adaptation to new environments, pathogens, diets, and social organizations. One of the best examples of genetic and dietary changes is the lactase enzyme in northern Europeans, which only dates to the last 4,000 years.

Lactase persistence is the ability to digest lactose into glucose and galactose in adulthood. A change in the lactase enzyme was an advantage in northern climates. Low level sunlight and vitamin D was compensated by lactose promoting the absorption of calcium in milk, reducing the breakdown of vitamin D in the liver.

Approximately 68 percent of the world’s population is lactose intolerant. Lactose intolerance is found in those with ancestry closer to the equator and in Asia, while those in northern Europe are more likely to be lactose tolerant. However, even genetically lactose tolerant people can become intolerant later in life due to the reduction of the lactase enzyme that occurs with age.

Researchers are looking at whether people should be consuming milk as the lactase enzyme reduces in activity and if there is a difference in cognitive health when consuming milk versus fermented and aged dairy.

The Difference with Fermentation

The majority of these studies are in contrast to epidemiological and clinical studies that have concluded that fermented dairy products can help prevent cognitive decline. In aged dairy such as cheese, lactose is a fermentation substrate that is undetectable in the final product.

One hypothesis is that lactose from milk is linked to inflammation for those with reduced or non-existent lactase activity; however, the mechanism is unclear. Those who have the LCT genotype for lactose intolerance or have reduced lactase activity with age may have the highest inflammation from a higher milk intake in specific populations.

For those who are sensitive to a higher saturated fat intake from dairy like those with APOE-e4, the homozygous genotype in APOA2 or variants in PPAR-alpha, research leans towards avoiding milk and ice cream. Aged cheese and yogurt in small to moderate amounts can be consumed if desired or tolerated.