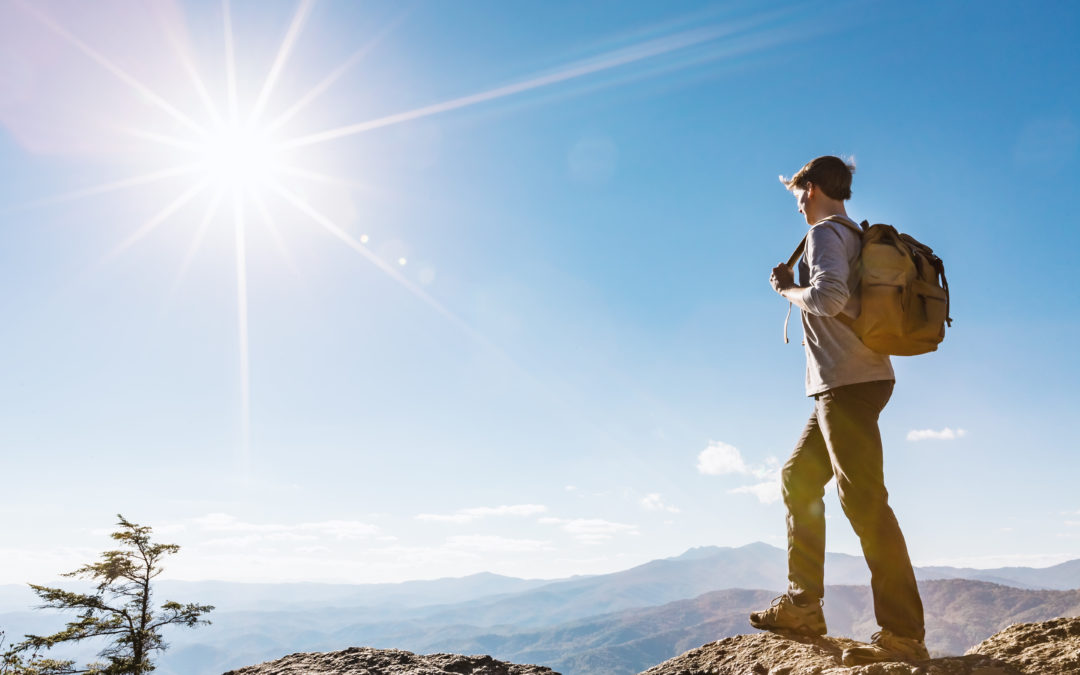 The sun is viewed by humans through a duality lens as both necessary for life, energy, and happiness, but also something that can be dangerous. Is skin cancer genetic? If so, why do we require vitamin D from the sun, and why does it affect the mood of so many people? How did we get into such a delicate balance with the life giving force of nature?

Why We are Sensitive to Sun Damage

You have probably wondered if we are outdoor creatures, we some of us are designed to have such little protection again the sun. At some point in the evolutionary timeline, we all lost a sun protective enzyme called photolyase and replaced it with a less efficient nucleotide excision repair mechanism for sun-induced DNA damage.

Photolyases are found in plants, fungi, many animals, bacteria and even yeast, and are responsible for scanning DNA for signs of UV damage and quickly making repairs. For some reason, humans lost this enzyme along the way and it isn’t clear when or why.

The Evolution of Skin Color

It was first thought that humans evolved with different shades of skin color dependent on climate and latitude. However, this theory has changed. For a long time, scientists thought that light skin evolved roughly 40,000 years ago. A recent discovery and DNA analysis of a northern European hunter-gatherer from 7,000 years ago with dark skin and blue eyes spawned the theory that light skin is a much more recent evolutionary adaptation.

This research has led to the food production theory, that states that the dietary switch to grains could be the reason Europeans developed lighter skin, not the environment. The cereal-rich diet of Neolithic farmers lacked vitamin D so Europeans rapidly lost their dark skin pigmentation only once they switched to agriculture because it was only at that point that they had to synthesize vitamin D from the sun more readily.

How the Inuit Have Dark Skin at the Highest Latitude

One theory on why the Inuit in the Arctic circle kept a dark skin pigmentation in a low light climate and avoided vitamin D deficiency was due to their high vitamin D intake from seafood. While their vitamin D intake is higher, there is a stark difference in physical characteristics from Caucasions that show separate migration routes.

The first humans in North America arrived from Asia some time before 14,500 years ago. The next major migration occurred from Arctic hunter-gathers who moved from Siberia to North America about 5,000 years and share genetic material with modern Native Americans. About 800 years ago, the ancestors of the present-day Inuit and Yup’ik people spread across the Arctic.

Researchers have found that the ancestors of the Inuit and Yup’ik people crossed the Bering Strait at least three times: first as Paleo-Eskimos to Alaska, second as predecessors of the Old Bering Sea archaeological culture back to Chukotka, and third to Alaska again as bearers of the Thule culture.

Is Skin Cancer Genetic? How to Optimize Your Genes

The mutations in TP53 and MDM2 are environmental trade-offs. Researchers believe that heterozygous and homozygous variants in these mean less protection against UV radiation in exchange for higher fertility rates in cold climates. It is an environmental adaptation for procreation, however, as many of us moved to warm southern climates, this adaptation makes us more prone to skin damage from excess sun exposure.

The homzoygous genotype for GPX1 shows an increased risk of melanoma, but the fascinating part is that cold actually provides protection by increasing GPX1 gene function. While antioxidant levels are lower for those with the homzoygous GPX1 genotypes, they respond positively to cold exposure. Living in a colder climate, or implementing more cold showers and ice baths would be a good idea for this genotype.

If you have lighter skin and variants in these genes, niacin, zinc, and selenium are the three major vitamins and minerals needed to improve TP53 function, while vitamin D improves MDM2 expression. What is interesting about this is that fish is an excellent source of zinc and selenium (and cod liver a source of D), while providing omega-3 fatty acids.

An Australian study showed a 40 percent reduction in melanoma for those who were eating fish. Recently, the National Academy of Sciences published a comprehensive review showing that the omega 6:3 ratio was the key to preventing skin cancer development. The GG genotype for CYP1B1 shows a higher sensitivity to higher omega-6 levels and low omega-3 levels in regards to skin cancer growth.

Research shows that astaxanthin (from salmon or shrimp) prevents cancer initiation by protecting DNA from ultraviolet and oxidant damage, reduces liver fat and triglycerides, reduces the impact of glycation, and keeps skin young.

Nature provides what you need for each season. In the summer, berries are plentiful and rich in vitamin C and ellagic acid. Vitamin C has been found in studies to epigenetically reprogram melanoma cells, whereas several studies show ellagic acid can inhibit the growth of tumors of the skin.

Many people are unaware that sun exposure depletes folate levels, and folate is crucial for healthy DNA. If you are getting a lot of sun and have higher genetic requirements for folate, you will want to focus more on your folate-rich vegetables (strawberries also have folate) in the summer.

What would summer be without watermelon?  One study found that lycopene was photoprotective, and inhibits proliferation of several types of cancer cells. Watermelons have 40 percent more lycopene than tomatoes, and this water-rich fruit can help hydrate and protect you from sunburns and sun damage.

Finally, more good news for chocolate lovers. Chocolate has become recognized as an antioxidant-rich food that can help shield the skin against sun damage. One study found that dietary flavanols from cocoa contribute to endogenous photoprotection, improves dermal blood flow, hydration and complexion.