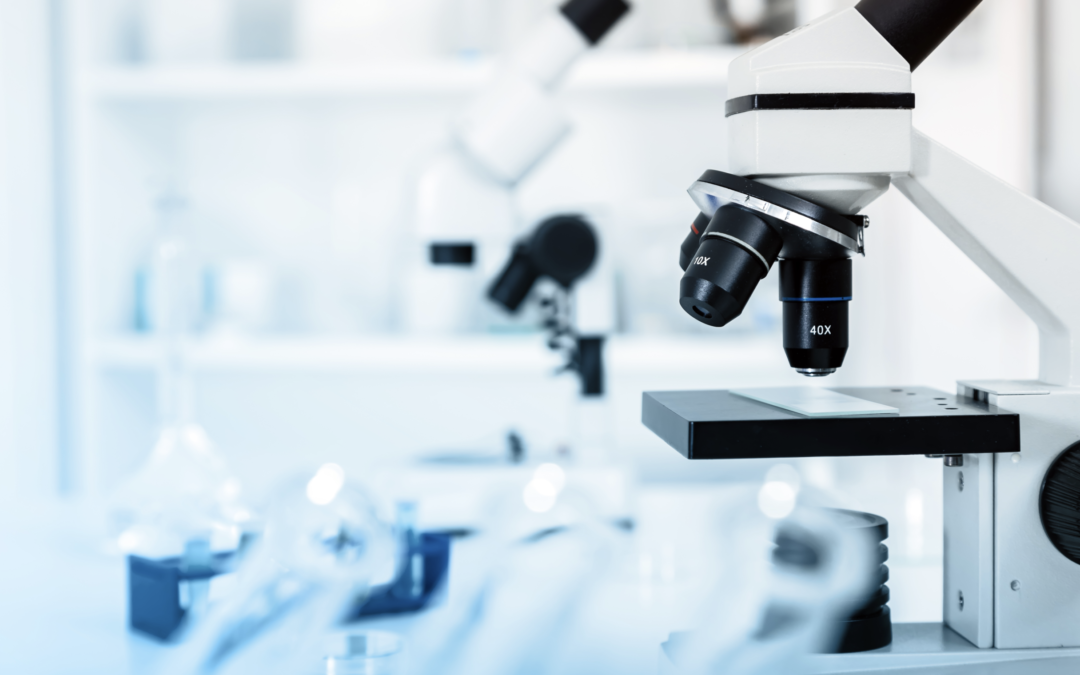 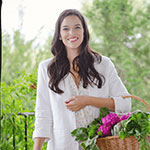 As COVID-19 has been categorized as a pandemic in record time (without any known cure), Nutrition Genome has been dedicating resources to help advance the scientific discussion around novel approaches to combating the virus. In this article, we’ll examine the NF-kB pathway, how viral pathogens “hijack” this pathway to further replication, and the hypothesis that suppressing the NF-kb pathway may lead to a higher probability of a successful recovery.

*Update: The NF-kB pathway hypothesis was recently validated by Boston University in September 2020.

SARS-CoV: We Have Been Here Before, New Challenges Ahead

SARS-CoV is a coronavirus that was first reported in Asia in 2003 and caused an outbreak of a viral respiratory illness known as SARS, which stands for Severe Acute Respiratory Response Syndrome responsible for the viral respiratory illness. It spread to more than two dozen countries, but with strict interruption of human-to-human transmission was contained and ultimately effectively eradicated. In 2011, researchers predicted the possible re-emergence of a SARS-CoV type virus.

“Owing to excellent public health measures that isolated focus cases and their contacts, and the use of supportive therapies, the epidemic was suppressed to the point that further cases have not appeared since 2005. Despite intensive research since then (over 3500 publications), SARS-CoV remains an untreatable disease. The potential for re-emergence of the SARS-CoV or a similar virus with unknown but potentially serious consequences remains high.”

As predicted back in 2011, a new coronavirus emerged late last year that is related genetically to SARS-CoV (86% similarity and both from bats) but is also different. The new virus, SARS-CoV-2, causes an illness that is referred to as COVID-19.

COVID-19 differs from SARS in terms of the infectious period, transmissibility, clinical severity, and extent of community spread. The first SARS outbreak resulted in more than 8,000 cases and 800 deaths. It was mainly confined to five countries and was brought under control in eight months. In a little over two months, there are more than 132,000 confirmed cases of COVID-19 in 123 countries, areas or territories, and more than 4,900 deaths as of March 13th.

According to Jeffrey Taubenberger, the head of viral pathogenesis and evolution section of the National Institute of Allergy and Infectious Diseases, “If it’s (COVID-19) contained in the upper airway, it usually results in a less severe disease. If the virus moves down the windpipe and into the lung tissue, it can trigger a more severe phase of the disease and lead to pneumonia.”

Taubenberger also stated that, “some people may be more genetically susceptible to the virus moving to the lungs because they have a greater abundance of the distinctly shaped protein receptors in their respiratory epithelial cells that the virus targets.”

According to a paper published in The Lancet by Dr. Wilder Smith, MD, both viruses pick the lock of the ACE2 receptor found in the lower respiratory receptor to gain entry to the body. Both have a median incubation time of about five days and the progression to acute respiratory distress syndrome approximately 8–20 days after onset of first symptoms.

Your white blood cells are the first responders on the scene when the virus attacks the lung tissue. This response is a critical stage of whether or not your body kills off the virus. If the response is too intense, healthy tissue can become overly damaged and the alveoli (the lung’s air sacs) can become filled with fluid. The combination of these two factors can interrupt the transportation of oxygen into the bloodstream.

White blood cells include neutrophils, eosinophils, basophils, lymphocytes, and monocytes. Lymphocytes are largely responsible for activating the immune response. Lymphocytes include B cells, T cells (CD4+ and CD8+), and natural killer cells. The T cells are the most relevant for viruses and tumors.

T helper cells activate the cells of the innate immune system, B-lymphocytes, cytotoxic T cells, and play a critical role in the suppression of an immune reaction.  An effective immune response against viral infections depends on the activation of cytotoxic T cells that can clear the infection by killing virus-infected cells, while T helper cells make sure the immune system doesn’t overreact.

One strategy includes inhibiting the NF-kb pathway and helping modulate the T helper cells proliferation to ensure the cytotoxic T cells do their job of killing the virus-infected cells, while also ensuring the T helper cells are regulated and inflammation stays under control to prevent viral replication and opportunistic bacteria.

Terpenoids are a class of plant-derived compounds that can suppress NF-kb and regulate inflammation. Certain terpenoid-based drugs include Taxol for cancer and Artimesinin for malaria. South Korea is now looking at anti-HIV and anti-malaria drugs for COVID-19.

In a mice study, drugs that inhibited NF-κB activation led to a reduction in inflammation and lung pathology in both coronavirus-infected cultured cells and significantly increased mouse survival after coronavirus infection.

The study concluded that the activation of the NF-κB signaling pathway represents a major contribution to the inflammation-induced after coronavirus infection and the “NF-κB inhibitors are promising antivirals in infections caused by the coronavirus and potentially other pathogenic human coronaviruses.”

Zinc appears to regulate NF-kb, where zinc deficiency in the setting of severe infection provokes a systemic increase in NF-κB activation. Zinc lozenges have become one of the most common recommendations for colds and flu, and it has been found in cell cultures to inhibit the replication of SARS-CoV.

Vitamin D is known to suppress NF-kb, and there are numerous studies looking at vitamin D levels and respiratory infections. A meta-analysis of the studies appears to show that vitamin D is only useful for those who are clinically low (below 20 ng/ml), with moderate doses daily or weekly to raise levels being more effective than periodic large doses.

In fact, a study in London found that high doses of vitamin D periodically actually increased the risk of respiratory infections by 48% in an elderly home despite a level of 34 ng/ml compared to 24 ng/ml in the small dose group at the end of the study.

Betulinic acid (birch bark, the Jujube tree, and wild Chaga mushroom) is a triterpene that has been known for a wide range of biological and medicinal properties such as antibacterial, antimalarial, anti-inflammatory, antiparasitic, pain-reducing, and anticancer activities. Betulinic acid has shown anti-influenza viral activity in a mouse lung, significantly attenuating pulmonary pathology including increased necrosis, numbers of inflammatory cells and pulmonary edema induced by influenza viral infection.

Research has found that betulinic acid is a competitive inhibitor of SARS-CoV in cell cultures, making it one of the best matches for further study.

Cordyceps is a type of mushroom used in Traditional Chinese Medicine that is found in the wild, high plateaus of China, Nepal, and Tibet, but produced on a commercial level. Several research groups have reported that cordyceps have antiviral activity against the influenza virus, plant viruses, human immunodeficiency virus(HIV), murine leukemia virus, and the Epstein-Barr virus.

A number of studies have shown that cordyceps can positively stimulate the activation of T lymphocytes, B lymphocytes, natural killer cells, and macrophages. Cordyceps has also been found to inhibit the proliferation of CD4+ T cells in autoimmune diseases and prevent the lymphocyte infiltration in tissues and attenuate the production of cytokines in human monocyte-derived dendritic cells.

Cordyceps was also found to suppress the activity of NF-κB in lung cells and inhibit airway inflammation in lung cells, believed to be “related to the modulation of T helper cells.”

Treatment of human cell lines with vitamin C has been found to inhibit NF-kb, however, the effectiveness of vitamin C may only be seen intravenously, which is currently being tested in China for COVID-19.

Besides washing your hands, keeping your distance from infected individuals and getting eight hours of sleep per night, one potential hypothesis is that suppressing or inhibiting the NF-kb pathway may be a step towards improving the immune response to the virus.

Please note that this information is not intended as a solution or cure to COVID-19. Rather, this is a high-level discussion intended to help push the research further and enhance our ability to accelerate answers as a global community. If you are experiencing any direct symptoms of the coronavirus, please seek immediate medical attention. If you are considering taking zinc, vitamin D, chaga, birch bark, cordyceps or vitamin C, please talk to your doctor first.

We will continue to do our part to influence further research and share our findings with our practitioner network and the Nutrition Genome community. While these are strange times, we have full faith in the scientific community and working together globally to produce a definitive cure.