Heal Your Brain And Gut With Uridine, Choline And DHA | Nutrition Genome

Heal Your Brain and Gut with Uridine, Choline and DHA 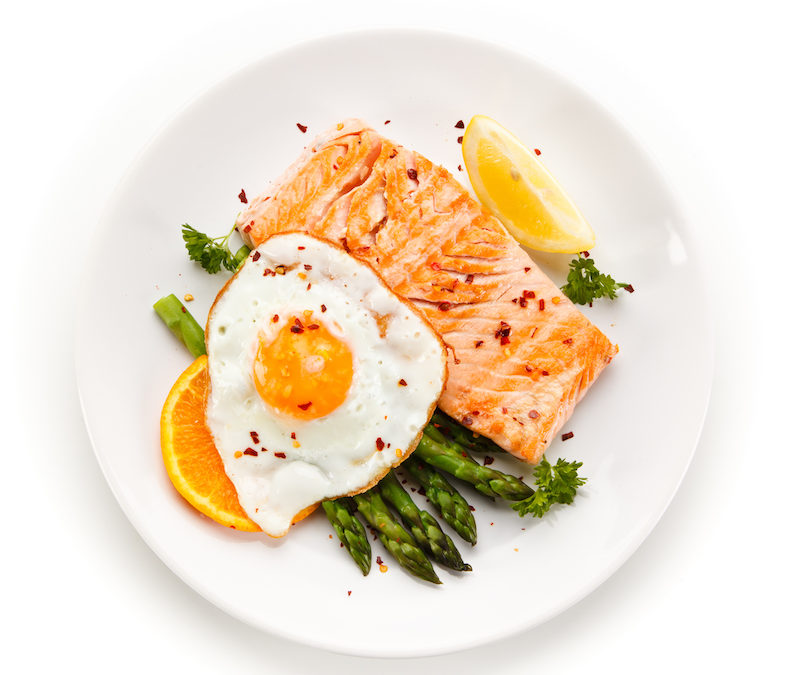 Imagine the foreman of a construction site rolling out a blueprint of a new city. The individual blueprints for all the city blocks represent the sequence of DNA instructions carried in your cells. Now imagine all of the skilled workers taking those instructions and constructing the foundation, walls, plumbing, and electrical of all the buildings. Those workers are RNA.

When you see the letters A, G, T, C on your Nutrition Genome report for your genotype, these are all bases and two bases make a pair (AA, AG, etc.). The base names are adenine, guanine, thymidine, and cytosine. DNA contains A, G, T, and C. The sequences of all of these base pairs carry the instructions for all your genetic blueprints. RNA contains A, G, U, and C. The U stands for uracil, which binds to a ribose sugar to form uridine. Uridine levels may epigenetically change the health status of your brain and gut.

Uridine is found in RNA but not DNA. It is produced by the liver and is found in certain foods. When dietary uridine is consumed, it crosses the blood-brain barrier and enters the neurons. In combination with DHA and choline, this super trio accelerates the formation of synaptic membranes that helps us learn and form memories.

Uridine plays a role in cognitive function and mood, as well as infant health, lipid metabolism, glucose metabolism, and gut health. It is also used for the treatment of hereditary disease, mitochondrial diseases, cancer, seizures, and central nervous system disorders.

When infants begin breastfeeding, they are provided with DHA, choline, and uridine from breast milk to help support the rapid growth of synaptic membranes.

Research has also shown that uridine may be responsible for helping infants sleep through the night. With infants between the ages of 6 months to 18 months, those who consumed an enriched meal with uridine, tryptophan, and adenosine all had improved sleep markers.

There has been conflicting data on if uridine in these foods is bioavailable and can increase uridine levels in the body. Uridine has been proven to be increased in the body by breast milk, infant formulas with uridine monophosphate, beer, and alcohol. For those prone to gout, foods high in uridine also may be high in purines, which can increase uric acid levels. It should be noted that alcohol is not recommended for those with the e4 allele for ApoE.

Research has been shown that uridine, DHA, and choline combined increase levels of phosphatidylcholine in the brain more than each on their own.

Uridine, Choline and DHA as an Antidepressant

While most of the research on uridine has been done in animal studies, there is tremendous potential for us to understand how nutritional synergy works in the diet.

According to the lead author and director of McLean’s Behavioral Genetics Laboratory, “Giving rats a combination of uridine and omega-3 fatty acids produced immediate effects that were indistinguishable from those caused by giving the rats standard antidepressant medications.”

In Alzheimer’s patients, the need for DHA, choline, and uridine are all enhanced because their basal plasma levels may be subnormal, and a higher dosage is needed for correcting the disease-related deficiencies in the synaptic membranes and synapses.

Researchers were able to prove that a formulation with these three nutrients plus B-vitamins, vitamin C, and vitamin E improved memory scores and the connectivities between brain regions among patients with early Alzheimer’s Disease.

In a mice study looking at the gut-brain connection to Parkinson’s disease and pesticide exposure, researchers were able to induce Parkinson’s symptoms in both the gut and brain (motor deficits, dopaminergic cell loss, delayed intestinal transit) through a pesticide injection.

However, the group given uridine and fish oil before the injection prevented both gut and brain symptoms of Parkinson’s disease. Another rat study found that “giving uridine and DHA may partially restore dopaminergic neurotransmission in this model of Parkinson’s Disease.”

Do You Have Higher Genetic Requirements for Uridine, Choline, and DHA?

Review the following genes in your Nutrition Genome Report to help determine your uridine, choline, and DHA requirements.