How Does A Lack Of Sleep Affect Your Genes? | Nutrition Genome

How Does a Lack of Sleep Affect Your Genes? 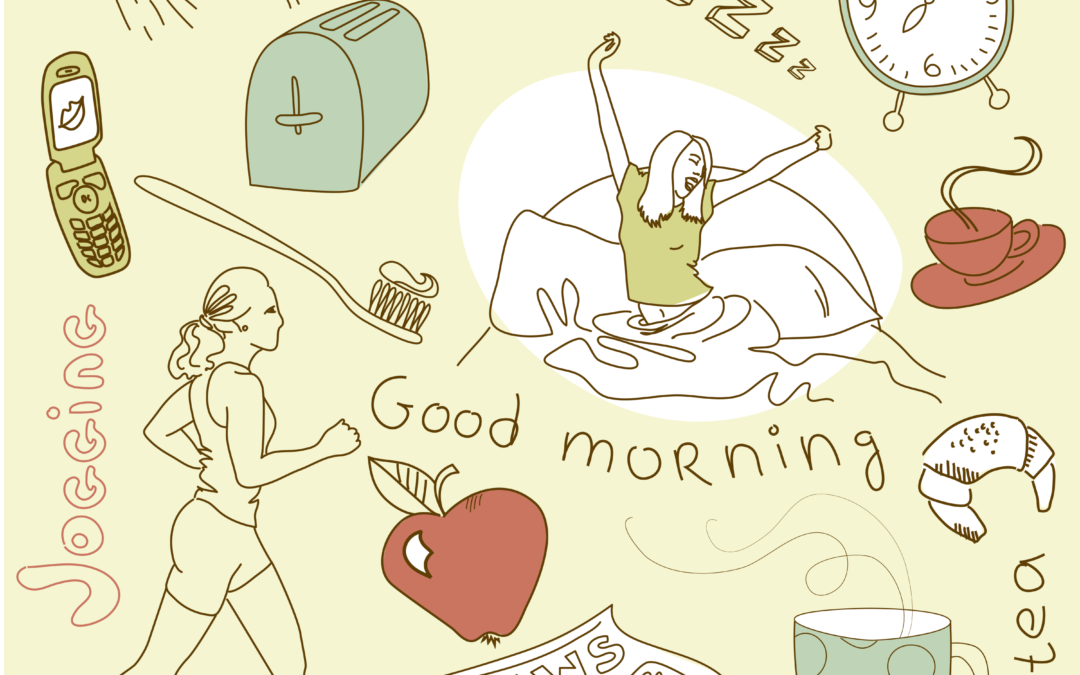 What do you notice the most when you get a poor night’s sleep? Are you hungrier? Irritable? Have trouble concentrating? Low energy? Do you become reactive, anxious or depressed? All of the above? Accumulating evidence points to a genetic contribution to explain inter-individual vulnerability to sleep deprivation, and your Nutrition Genome Report can provide recommendations for turning these genetic vulnerabilities into strengths.

The book Why We Sleep by Matthew Walker has outlined numerous convincing facts and arguments for more sleep around the world, with the potential to change our school start times, work schedules and nightly routines if we truly want to live a long, healthy and happy life.

When it comes to sleep, it turns out that almost every human on the planet requires 7-9 hours of deep sleep a night to obtain all of the physiological and psychological benefits. Yet, only 50% of adults in the U.S. get 8 hours of sleep per night. In 1942, the average was 7.9 hours a night. Today, it has dropped to 6 hours and 31 minutes a night.

There are people who claim that they need only 5-6 hours a night, but according to research, the percentage of people with a genetic variant in DEC2 that allows this is so small that is doesn’t even come close to 1%. In reality, the vast majority of people who think this way might be doing compounding damage to their health without even realizing it.

The Connection to Sleep Habits and Health

In Why We Sleep, the science behind sleep is uncovered and the discoveries beyond profound. Something so simple and free can be life-changing, but many struggle to achieve it for a myriad of reasons.

Here are just a few eye-opening facts from the book that have been found to occur with a consistent sleep routine of fewer than 7 hours.

How Are You Affected By Sleep Deficiency? Your Genetic Results May Show You

The research outlined in How We Sleep found that with less than 7 hours of sleep, 711 genes were affected, with half of these genetic changes in expression leading to the promotion of tumors, inflammation, stress hormones, and depressed immunity.

Below is an outline of how specific genes in the Nutrition Genome Report are affected by sleep deficiency, and how certain genotypes may make you more prone to these negative effects.

Genes in the Digestion Section

Have you ever had a large meal right before bed or dinner that just didn’t agree with you? More than likely, you tossed and turned most of the night.

Preliminary evidence indicates that microorganisms and circadian genes can interact with each other and an increasing number of studies suggest that the intestinal microorganisms can regulate sleep. Ninety percent of serotonin is made in your gut (it is also made from tryptophan), and serotonin is a precursor to melatonin; the hormone that makes you sleepy.

The FUT2 gene controls prebiotic (a type of fiber that feeds probiotics) production and how much bifidobacteria you carry in your gut. Research has found that prebiotics can improve non-REM sleep as well as REM sleep after a stressful event.

Bifidobacteria is responsible for GABA production, the calming neurotransmitter that helps you relax and sleep. Abnormal expression of GABA mRNA is often observed in patients with depression and insomnia, and glutamate/GABA/serotonin imbalances are observed in IBS patients. Approximately 50% of patients with IBS have depression, anxiety or sleep problems.

Takeaway: A healthy digestive system promotes deep, healthy sleep and poor digestion may be the cause of sleep loss, anxiety and depression.

*Tip: Focus on prebiotics with dinner like leeks, asparagus, radicchio, garlic, onions or artichokes. While not traditional sleep teas, try dandelion root or chicory root tea – both rich in prebiotic fiber – after dinner to help promote GABA production and induce relaxation from stress at night.

One study found that short sleep increased fasting and morning total ghrelin levels in men but not women.

Takeaway: If you have homozygous variants in FTO and are male, you may be more prone and sensitive to disrupted ghrelin levels from less than 7 hours of sleep per night, increasing caloric intake and potentially weight gain.

Takeaway: Researchers are still trying to determine if sleep loss affects adiponectin levels, but we do know that sleep loss can potentially lead to a higher risk for high blood sugar, weight gain, and cardiovascular disease.

The TCF7L2 gene is connected to incretin levels, hormones that regulate the amount of insulin secreted. Variants in TCF7L2 may lead to lower baseline incretin levels.

One study found that after four days of four hours of sleep per night, afternoon levels of the incretin GLP-1 was lower  in women getting 7-9 hours of sleep, but not in men.

A small study of men found that fragmented sleep caused a delay in incretin release in response to breakfast, leading to elevated post-breakfast glucose.

In both cases, the ability to feel full can be compromised and may lead to more snacking and cravings for sugar and carbohydrates.

Takeaway: While sleep duration was not found to directly influence genes connected to fasting glucose and Type 2 diabetes, this does not rule out a compounding effect of multiple pathways from sleep loss and variants in TCF7L2 on incretin levels, and how this could affect dietary behavior like sugar and carbohydrate cravings throughout the day.

Genes in the Neurotransmitter and Mental Health Section

Two studies have suggested that sleep variables interact with the ApoE genotype and Alzheimer’s disease risk, with better sleep moderating the association between the APOE ε4 genotype, cognitive decline and subsequent incidence of Alzheimer’s disease.

Further research found that people who reported worse sleep quality, more sleep problems and daytime sleepiness had more biological markers for Alzheimer’s disease in their spinal fluid than people who did not have sleep problems. Those biological markers included signs of amyloid, tau, brain cell damage, and inflammation. Approximately ⅔ of Alzheimer’s patients are women, showing an epigenetic effect of genes, toxicity in the environment, hormones, diet, stress, and sleep.

Takeaway: While anyone can be affected by sleep deficiency and toxic build-up on the brain, people who have the ApoE 3/4 and 4/4 genotype may need to be even more conscious of getting 7-9 hours of sleep per night for successful clearance and detoxification.

*Tip: Having a family history of Alzheimer’s disease and getting tested through Nutrition Genome for ApoE early in life can help you make consistent, solid sleep a priority in your life.

Each genotype for COMT has a different rate of dopamine and adrenaline metabolism.

Sleep spindles are bursts of brainwave activity that shield the brain from external noises and are modulated by the dopamine system. The density, power, and frequency of these spindles determine if you are a person that wakes up easily or can sleep through an earthquake. As we age, our brains produce fewer sleep spindles.

Fast sleep spindles correlate with cognitive functioning. A significant decrease in fast spindles has been found in Alzheimer’s patients. The more fast sleep spindles someone has during sleep, the stronger the ability to tag an item in the brain for remembering and the filter in place for discarding unnecessary information.

COMT has not been found to have a significant effect on measures of general sleep quality. However, one study looking at COMT V158M and fast sleep spindles found that the wild-type GG genotype (also known as Val/Val) correlated with reduced fast spindle density that could affect memory consolidation.

Takeaway: The COMT V158M wild-type GG genotype may be more susceptible to reduced spindle density and memory, especially with age. However, this can be modified by challenging your brain more with memory tasks.

*Tip: One way this could be interpreted is that it may be even more important for the GG genotype (especially combined with APOE ε4) to “cross-train” the brain, continually challenging it with learning new subjects and skill sets to increase sleep spindle density.

The ANKK1 gene encodes for dopamine 2 (D2) density. Variants in this gene may lead to a lower density of D2 receptors.

D2 receptors are involved with wakefulness. Sleep deprivation downregulates D2 receptors, contributing to increased sleepiness during the day. For those with variants in ANKK1 (and especially when combined with the wild-type COMT gene), a disrupted night sleep could have a dramatic effect on fatigue and concentration, along with increasing addictive habits during the day in an attempt to increase dopamine.

Takeaway: Late nights and disrupted sleep can you caught in a cycle of food cravings, high caffeine requirements for energy and focus, and excessive media use.

*Tip: Using a laptop, smartphone or watching TV late at night can be especially problematic for lowering dopamine receptor density. Incorporate a cut-off time for using media a few hours before bedtime for improved sleep.

While not connected to the MAOA SNP, monoamine oxidase A deficiency is a rare disorder that occurs almost exclusively in males, causing violent outbursts, obsessive behaviors, trouble falling asleep and night terrors.

BDNF is abundant in the prefrontal cortex, responsible for executive function (working memory, cognitive flexibility, and self-control). Variants in the BDNF gene have been associated with cognitive impairment, particularly in populations with head injuries.

A 2017 study took 30 people with European ancestry and compared the wild-type BDNF genotype carriers to heterozygous carriers while sleep deprived. The researchers found that the heterozygotes were more vulnerable to the impact of prolonged wakefulness and displayed worse executive function than the wild-type BDNF group.

*Tip: A warm bath before bed will elevate BDNF, while also causing a rapid cooling process in the body once you get out to assist sleep,

PEMT encodes for choline production and dietary choline, which produces acetylcholine. Acetylcholine plays a role in promoting REM sleep, the phase that occurs while we dream and where memory consolidation occurs.

Alcohol sedates the prefrontal cortex and blocks REM sleep. The sedative effects do not enter you into natural sleep but instead cause fragmented sleep, with tossing, turning and waking up multiple times. The individual may not even realize this or have a memory of it.

Takeaway: Variants in PEMT have been found to cause lower phosphatidylcholine levels, and increases the need for choline and betaine (see foods here). Since phosphatidylcholine is a precursor to acetylcholine, low choline and betaine intake along with late-night alcohol intake could especially affect REM sleep and memory consolidation in these individuals. If drinking alcohol, aim to consume at least four hours before bedtime.

*Tip: Daily walks may improve acetylcholine levels, lowering anxiety and assisting sleep. A nightly walk after dinner is a great way to do this.

Higher endocannabinoid levels promote sleep. Research has been mixed on both THC and CBD in regards to sleep onset and quality. This often points toward individual genetic differences and ratios of THC to CBD. Anecdotally, there are many reports of CBD working for sleep, pain or anxiety in certain people, while others either don’t notice anything or perhaps only notice one of these effects. The dose/ratio, quality, and genetic differences are just now starting to be researched and explored.

In one of the first studies looking at these differences, higher cannabis use and the FAAH CC genotype were associated with worse sleep quality.

Takeaway: Cannabis may lead to worse sleep quality if you have the FAAH CC genotype. However, other strategies to increase anandamide levels should be explored as outlined in your Nutrition Genome Report.

*Tip: If you have the FAAH CC genotype, cardio exercise over 30 minutes and CBD oil (but not cannabis) before bed may assist with more restorative sleep.

ADORA2A encodes for the adenosine A2a receptor, a target of caffeine.

Research has found that the CC genotype appears to confer sensitivity towards caffeine-induced sleep disturbance.

Takeaway: As one of the multiple genes looking at caffeine in the Nutrition Genome Report, this particular genotype may encourage you to cut off your last cup of coffee by 4 pm or earlier.