Is Your Ancestry Increasing Your Risk For Osteoporosis? | Nutrition Genome

Is Your Ancestry Increasing Your Risk for Osteoporosis? 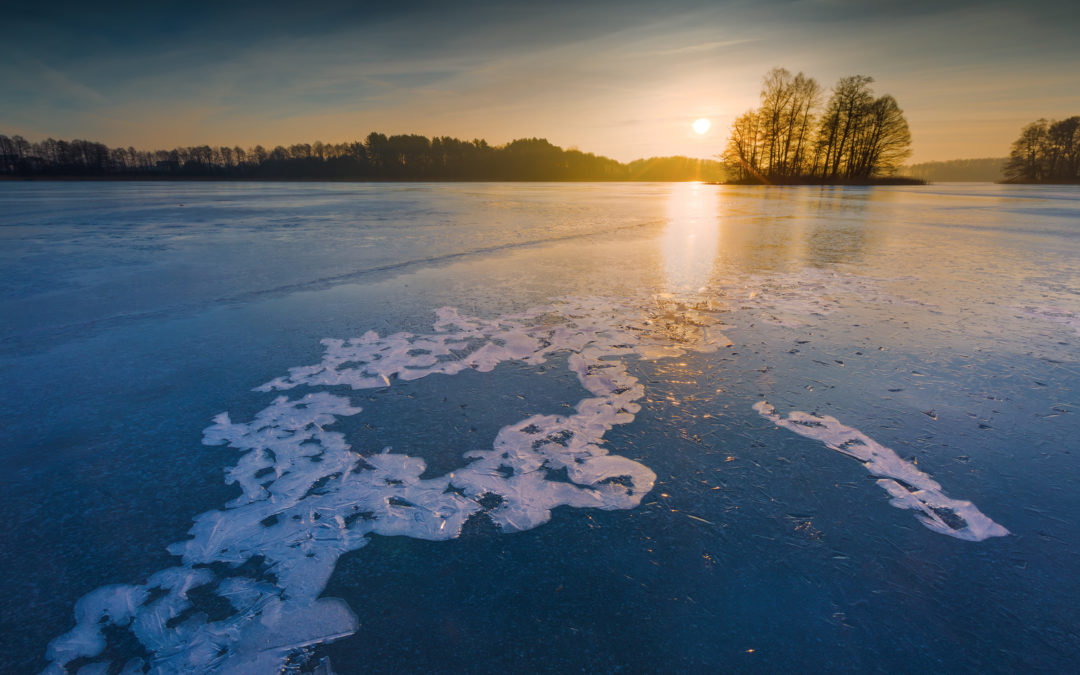 When you think of healthy bones, who do you think had stronger skeletons? Hunter-gatherers or early Neolithic farmers? The skeletons of the early Neolithic farmers show scurvy (vitamin C deficiencies), rickets (vitamin D deficiencies), poor dental health, bone infections and a stature roughly six inches shorter than the hunter-gatherers. The hunter-gatherers had excellent teeth, they were rarely malnourished, they were taller than most people today, and they didn’t suffer from endemic or epidemic diseases.

The story of our transition away from hunting and gathering into the agricultural age spawned an enormous amount of genetic adaptations as new environments and diets provided new challenges to our genomes. One of these challenges occurred in the northern latitudes, where skin pigmentation transformed in response to low-level sunlight to absorb more vitamin D.

The question is, how did this adaptation affect the bones of these populations, and what can we learn from traditional ancestors’ diets to maintain healthy, strong bones for life?

Osteoporosis is a condition in which the quality and density of bone decrease with age. Across ethnic and racial groups, more women experience fractures than the combined number of women who experience breast cancer, heart attacks, and coronary death.

Today, it is estimated that osteoporosis will rise from 1 in 3 people between ages 50–60, to more than 50% of people over 80 years. By 2050, the global osteoporosis sufferers will reach 6 million (including both males and females).

How Your Ancestry is Affecting Your Bone Mineral Density

Why do women experience more osteoporosis? Do certain races and ethnicities experience higher rates of bone loss and fractures? Is there a link to bone mineral density and ancestry?

When it comes to bone health, there appear to be stark differences in bone mineral density based on ethnicity.

In population studies, bone mineral density is consistently higher in African American women than in white women at every level of bodyweight. The urinary loss of calcium has also been found to be lower in African-Americans compared with White-Americans.

Caucasian and Asian Women Have the Highest Rates of Osteoporosis

Caucasian and Asian women are more likely to develop osteoporosis than women of any other ethnic background, with Scandinavian countries having the highest fracture rates in Europe. White women experience hip fractures twice as much as men, but the sex difference in hip fracture risk in African Americans and Asians is negligible.

APOE-e4 carriers – as found in the hunter-gatherer period – may have an increased risk of Alzheimer’s disease, but they also have a higher intestinal absorption of dietary vitamin D and calcium, which promotes stronger bones and may help offset osteoporosis risk.

What is the Optimal Vitamin D Level for Bone Health?

The parathyroid gland is adjacent to the thyroid gland and plays a crucial role in maintaining how much calcium and phosphorus are in the bones. Vitamin D needs to be at an adequate level to absorb calcium from our diet, while vitamin K2 also plays a role as a traffic cop, making sure calcium doesn’t make a wrong turn and goes to the bones. Severe vitamin D deficiency is believed to cause secondary hyperparathyroidism, leading to an increase in bone turnover and bone loss.

Past research has shown that a vitamin D level of 32 ng/mL is necessary for optimal protection from fracture and intestinal absorption of calcium. A National Health and Nutrition Examination Survey found that 61% of white and 91% of black Americans suffer from vitamin D insufficiency of less than 32 ng/mL. However, the level needed for bone health for African-Americans may not be the same as White-Americans.

There have been conflicting results on whether or not dairy prevents osteoporosis, or even causes it. A 2019 meta-analysis concluded that total dairy intake was protectively associated with reduced risk of osteoporosis based on cross-sectional and case-control studies, but not in cohort studies. A cross-sectional study looks at populations, a case-control study compares two different groups with different outcomes and cohort studies look at a group of people over a period of time.

Based on the fact that lighter skin evolved in the northern latitudes in order to maximize vitamin D from the low levels of sunlight most of the year, it would make sense that people with light skin also adapted to more effectively utilize vitamin D from the diet. Vitamin D synthesis from the sun also goes down with age, putting even more emphasis on the diet as a major source of vitamin D during critical bone health periods of life.

If you look at European cheeses like Swiss, cheddar, brie, and munster, you see a nutritional profile of vitamin D, calcium and K2. The fermented soy dish natto in Asian cultures is rich in calcium and has the highest source of K2 known. Traditional dishes like pickled herring or oily fish in Scandinavia are high in vitamin D and calcium, and the use of vitamin D-rich lard and the high fish intake in certain Asian populations all point towards a dietary adaptation to obtain vitamin D from the diet to offset the reduced sun exposure.

When these traditional foods get left behind for westernized versions, we lose the inherent intelligence of our ancestors’ diet and the consequences that ensue. For those whose ancestors didn’t incorporate dairy into their diet as seen from the LCT gene, it wouldn’t appear that it is necessary for bone health.

As discussed earlier, the parathyroid gland is responsible for calcium metabolism. Guess what affects the parathyroid gland? Estrogen. The loss of estrogenic activity after menopause affects both bone inflammation and calcium homeostasis, leading to osteoporosis. Therefore, foods high in phytoestrogens – which act like estrogen in the body – appear to be one of the most important dietary additions to protect the bones and reduce calcium loss.

Researchers have discovered that genistein in soy, a strong phytoestrogen, acts as an estrogen to protect bone and prevent osteoporosis by interacting with the parathyroid gland to produce a mineral restoring effect.

Animal studies have found that flax seeds had a beneficial effect on bone mineral density and reduced markers associated with osteoporosis. A randomized double-blinded, placebo-controlled, parallel trial is currently underway looking at flaxseed consumption and bone metabolism in postmenopausal women.

Beer has also been a staple of northern Europe for thousands of years. Studies have found that beer increases bone density in postmenopausal women due to the silicon and phytoestrogen content in the hops and barley.

Mineral Water and Bicarbonate: The Missing Link to Calcium Loss?

Fruits and vegetables are metabolized to bicarbonate and are alkaline-producing. In a 2019 meta-analysis of 1,192 studies, at least one serving per day of fruit and vegetables reduced the risk of fractures. In Chinese people, a greater intake of fruits and vegetables was independently associated with a higher bone mineral density and a lower presence of osteoporosis.

Have you ever noticed that some mineral water is very high in bicarbonate? One mineral water, called Gerolsteiner, is from mountains in Germany with one of the highest levels of bicarbonate (1,800mg) and 345mg of calcium. Bicarbonate decreases calcium loss in the urine, increasing its absorption rate.

Most tap water is depleted of bicarbonate, and one potential hypothesis is that bicarbonate intake was much higher when drinking water from limestone-rich natural springs. This would have lead to reduced calcium loss and stronger bones. Bicarbonate has also been found to improve glycemic control and potentially prevent/reduce Type-2 diabetes – another risk factor for fractures- by influencing the microbiome.

Why Osteoporosis Could be a Symptom of Other Health Issues

Alzheimer’s disease: Approximately 2/3rd’s of Alzheimer’s patients are women, highlighting a potential estrogen connection. APOE-e4 carriers have been shown to have a higher intestinal absorption of dietary vitamin D and calcium, promoting stronger bones. However, excessive estrogen activity loss post-menopause could override this and osteoporosis a symptom of this loss of antioxidant activity for the bones and the brain. Evidence is accumulating that oxidative stress and mitochondrial function especially affects APOE-e4 genotypes, making antioxidant protection a bigger priority for APOE-e4 carriers.

Inflammation: Glutathione peroxidase (GPX1) and superoxide dismutase (SOD2) activity have been found to be significantly lower in osteoporotic women, suggesting that compromised antioxidant defenses play an important role in the development of osteoporosis. Variants in GPX1 and the SOD2 genes may require more epigenetic strategies for bone health.

Summary: How to Prevent Osteoporosis