How Your Genes Affect the Vagus Nerve and Stress Response 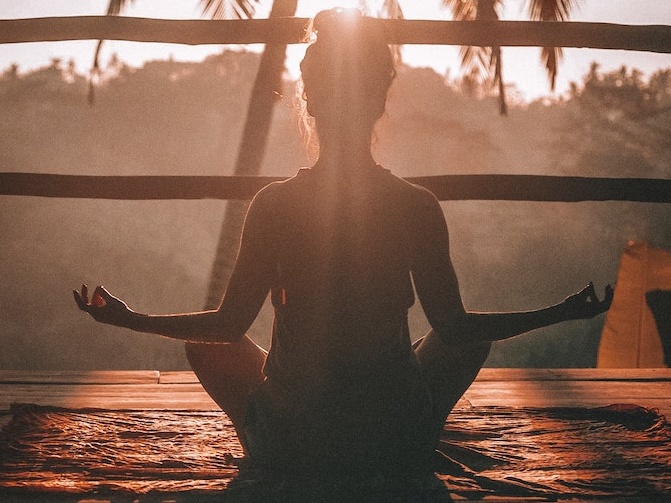 Have you ever wondered why a deep breath can relax your body? You can thank your vagus nerve. Deep breathing is one of the most effective ways to calm the stress response, yet it is something we consistently forget to incorporate.

The vagus nerve is the main component of the parasympathetic nervous system and is one of the most influential nerves in the body. It is called the “information super-highway” because you can’t discuss the brain-gut connection without including the vagus nerve. It enervates multiple organs including the lungs, heart, liver, stomach, spleen, thymus, ovaries, and temporal lobe of the brain.

The genes connected to the vagus nerve can help you understand how your perception of and response to stress may be affecting your gut, immune function, mood, and behavior, and what recommendations can help improve vagus nerve function for a better mood, digestive system, and immune response.

The fight or flight response in humans evolved for survival in the most dangerous circumstances that literally meant life or death. The dilation of the pupils, rush of adrenaline, and surge in strength and speed was needed to live another day.

Within each community, genetic strengths were diversified to help prevent or meet these threats. In our COMT article, we discussed the difference in baseline dopamine and adrenaline levels, and how the Warrior, Worrier, or Hybrid genotype emerged.

Another layer of this response is how we perceive a threat or what is considered stressful. You may have noticed that within your relationships, there are different perceptions of what is considered stressful, or whether an event is something to be worried about or not. There is actually a genetic and epigenetic basis for this based on certain genetic variants and the trauma of life events. As a community, diverse responses may have evolved to help better assess a situation from multiple viewpoints for more confident conclusions and a higher chance of survival.

It has been hypothesized that variants in the 5-HT2A gene may influence resting vagal activity among individuals, and those with the variants are more susceptible to chronically high levels of perceived stress. While our ancestors focused only on the immediate environment for stress, modern living opens up the entire world to access the potential of experiencing stressful events through the news and social media. Having variants in 5-HT2A could make reactions to these stressors higher, more frequent, and affect your mood, digestion, and immune system.

The Vagus Nerve, Stress and Mood

One of the most well-known principles of Stoicism is that there are things we can control and things we can’t control. Our job is to focus only on what we can control, which helps eliminate the stress and anxiety that builds from what we can’t control. Obsessive and compulsive behavior has its roots in wanting to control the environment as much as possible due to the anxiety of the unknown and has been linked to childhood or adolescent trauma and PTSD. A heightened stress response is a trigger for these changes in behavior.

Due to the 5-HT2A receptor’s role in BDNF regulation – which helps regulate the excitatory neurotransmitter glutamate and calming neurotransmitter GABA – the A allele for 5-HT2A rs6314 was found to cause a lower expression of BDNF. This is why variants in the BDNF gene (Neurotransmitters and Mental Health section of the Nutrition Genome Report) can have a compounding effect on 5-HT2A for mood and behavior in response to stress.

The Vagus Nerve, Stress and Digestion

Stress restricts vagus nerve activity, which targets issues in the gastrointestinal tract and alters the microbiome. Low vagal tone has been found in both IBS and IBD, which are both characterized by dysbiosis. Vagus nerve stimulation lowers inflammatory response to intestinal injury.

If you have struggled with digestion and detoxification despite dietary changes and supplement interventions, the role of the vagus nerve may need to be explored.

We all have heard that chronic stress lowers immune function. The fight or flight response that occurs from chronic stress puts your body in an activated state that decreases the function of the thymus (T cells) and spleen (red and white blood cell filtration). This means you are more likely to get infected by an opportunistic virus, bacteria, parasite, and even cancer that take advantage of a defenseless terrain.

The vagus nerve mediates immune function through the cholinergic pathway and by stimulating acetylcholine, which helps put the brakes on inflammation and cytokine production.

Those with variants in 5-HT2A may be especially vulnerable to immune disruption from chronic stress and will benefit from targeting the vagus nerve through cold water immersion, deep breathing, singing, meditation, yoga, and aerobic exercise.