What is COMT? DNA-Based Nutrition 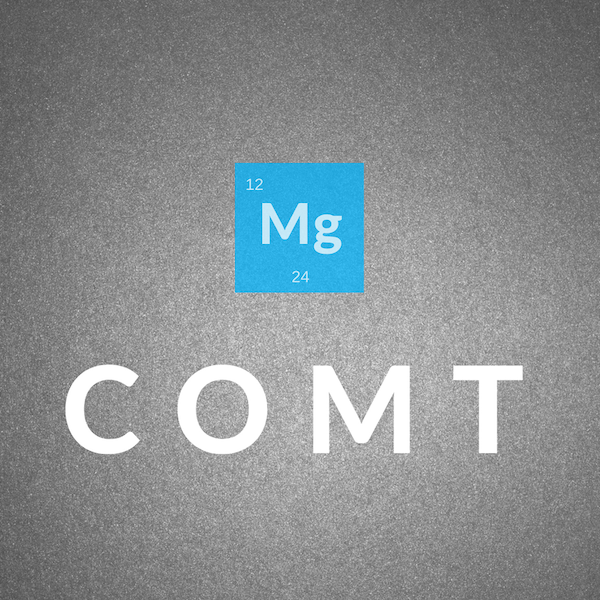 COMT (Catechol-O-Methyltransferase) breaks down estrogen, catecholamines and neurotransmitters including dopamine, epinephrine and norepinephrine.

This alteration in enzymatic activity lead to anxiety, impulsiveness, obsessive behavior, ADHD, irritability (especially under stress), hyperactivity and abnormal behavior. From my own observation, I have found that those with higher dopamine levels do better in quiet environments, and are more affected by a lot of external noise and chaos. These are also the people who get easily anxious with coffee or can’t sleep if they have a glass of red wine too late.

However, the wild-type variants in COMT are also relevant. For these people, it is possible for COMT to be going too fast depending on hormonal status and other factors. In this case, it can be beneficial to increase catecholamine intake (berries, bananas, cacao, citrus, coffee, green tea, black tea, red wine) to slow down COMT and increase dopamine levels for an improved mood, concentration and focus.

The Warrior or Worrier Gene

COMT has been called the “warrior” or “worrier” gene based on the genotype. The wild-type COMT V158M genotype has been called the warrior genotype because there is a higher threshold of pressure to perform due to a lower baseline of dopamine. Stress slows down COMT, increasing dopamine and adrenaline levels. For the warrior genotype, certain types of pressure can actually be beneficial to perform at a higher level due to the dopamine boost.

You can read more about the Warrior or Worrier gene here, including where the heterozygous COMT V158M falls in this spectrum.

Factors that Could Further Slow or Speed Up COMT

Since COMT is working at a reduced rate for the heterozygous and homozygous variants, and it is potentially moving too fast for the wild-type variant, you want to avoid, minimize or increase certain lifestyle and diet factors based on the genotype.

How to Nutritionally Approach COMT?

The COMT enzyme requires the right dosage and type of magnesium based on weight and vitamin C which modulates dopamine and adrenaline. The other pathways to support include b-vitamins, and lowering excess estrogen levels for men or women through daily elimination. Interesting enough, magnesium and vitamin C is also the solution to constipation along with adequate fiber in the diet.

Catecholamine intake will vary depending on the spectrum of COMT function. If you have the AG or AA genotype for V158M, then catecholamine moderation is key. The GG genotype may benefit from more. Remember, diet and environmental factors epigenetically change COMT expression despite your genotype, so it is important to understand your current symptoms and if they are related to dopamine and adrenaline levels. 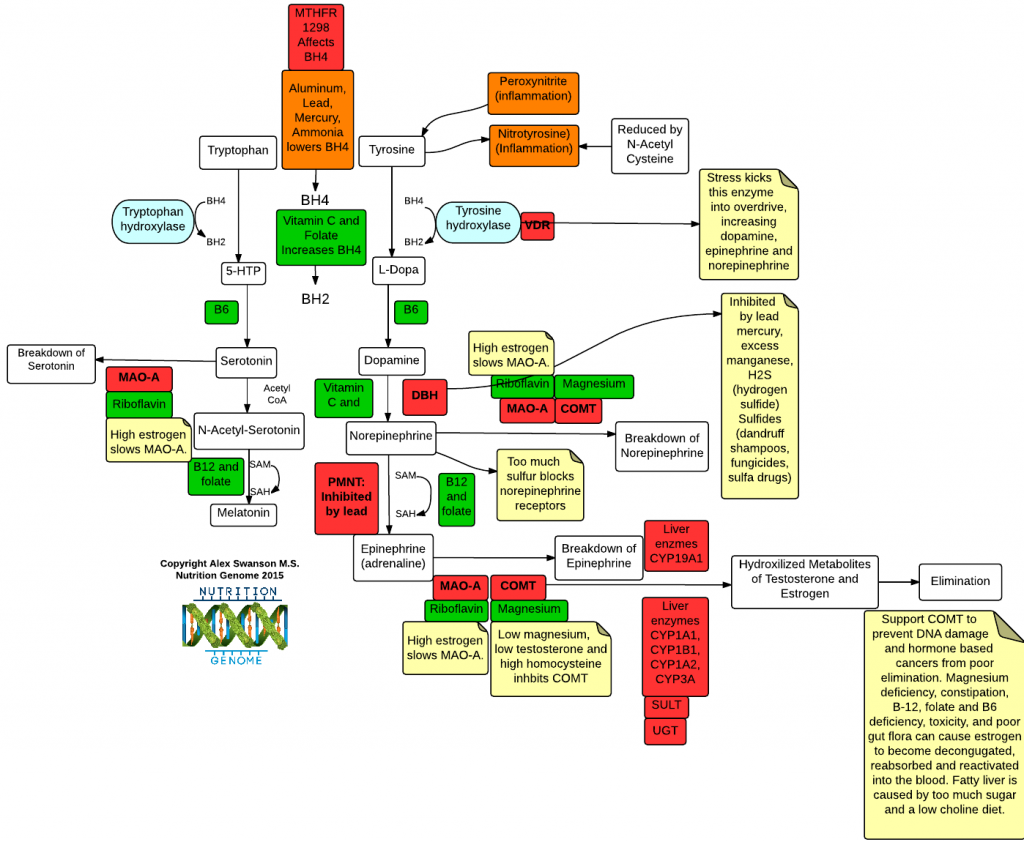