What Is The PON1 Gene? DNA-Based Nutrition | Nutrition Genome

What is the PON1 Gene? DNA-Based Nutrition

What is the PON1 Gene?

Paraoxonases (PON1) are a family of enzymes involved in breaking down chemicals including several types of pesticides and pharmaceutical drugs. They are involved in protecting both high and low-density lipoproteins from oxidation, an important mechanism in atherosclerosis and heart disease. Those with multiple polymorphisms in PON1 need to be more aware of avoiding pesticides, insecticides, and fungicides in their diet, personal care products, and environment.

Nutrigenomics and the PON1 Gene

Calcium is essential for PON1 activity, and therefore medications that deplete calcium can be especially problematic for those with variants in PON1, which would then affect HDL and LDL particles.

Mercury, in particular, appears to decrease PON1 function along with high-fat diets.

PON1 is influenced by multiple dietary factors including alpha-lipoic acid, gamma-linolenic acid, vitamins E, B1, B2, B5, B6, and selenium, all found to improve PON1 function in post-stroke patients.

High Homocysteine and the PON1 Gene

This means you should be looking at MTHFR, PEMT, and CBS to assess your methylation cycle requirements for healthy homocysteine levels.

How Alcohol Helps PON1 Gene Function (But not too much!)

Good news for those who love to imbibe in a little alcohol. Along with making things a little less stressful, PON1 activity increased by 395% in subjects drinking small amounts of alcohol, whereas in subjects drinking large amounts of alcohol, serum activity was lower by 45% compared to people who are abstinent. The beneficial influence of light alcohol intake on PON1 activity is probably also caused by its ability to increase the concentration of HDL in serum. “Small amounts” often qualifies as one glass of wine, one beer and one shot of hard alcohol.

Why Organic Is Important for the PON1 Gene

The PON1 gene is sensitive to pesticides. Make sure you are choosing organic versions of wine, dairy, and coffee so that the chemical and additive load doesn’t negate the benefits. One study found K-Ras mutations – common in many cancers – were found to be five times more common in dairy (especially butter) consumers, and 4 times more in coffee drinkers.

The researchers “suggest the need to consider the hypothesis that environmental contaminants like organochlorines might be involved in both the fat of dairy and in coffee.” These compounds concentrate in the fat, and coffee is one of the heaviest sprayed crops. It isn’t the dairy or coffee causing cancer, it is the chemicals. We need to transfer this understanding to alcohol as well.

Non-organic wine may have concentrated amounts of pesticides, insecticides, and fungicides, while non-organic beer may be high in glyphosate (RoundUp). In California, conventionally-grown wine grapes received more pesticides than almonds, table grapes, tomatoes or strawberries. Residual concentrations of many different pesticides have been detected in bottled wine were similar to initial concentrations on the grapes. Along with the US, France also appears to be a heavier user of pesticides. Italy and Argentina have been found to have wine most likely free from pesticides and heavy metals.

Another study found that omega-3 fatty acids may decrease the risk for cardiovascular disease through the improvement in paraoxonase-1 activity and reduction in some lipids ratio in PCOS women.

In women, olive oil caused an even larger increase in PON1 activity than in men, and of these, only in those with the PON1 192RR genotype.

PON1 is increased following the consumption of polyphenol-rich diets. Wine consumption and some polyphenols present in wine or fruit juice were reported to increase PON1 in humans and mice. In one study, naringenin, flavone, and quercetin increased PON1 mRNA about twofold in cell cultures.

PON1 is a very important gene to be aware of in your Nutrition Genome Report. By focusing on nutritional ways to improve PON1 activity and avoiding ways that its function is compromised, you can strengthen your genome against excessive oxidative stress and related diseases. 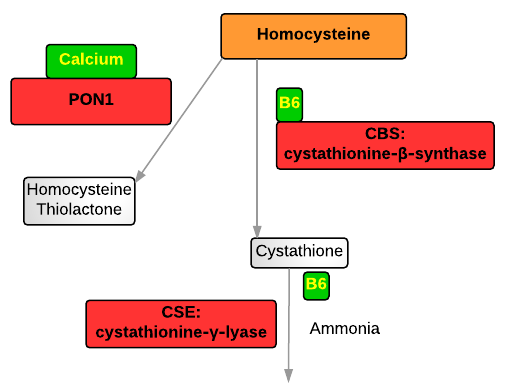